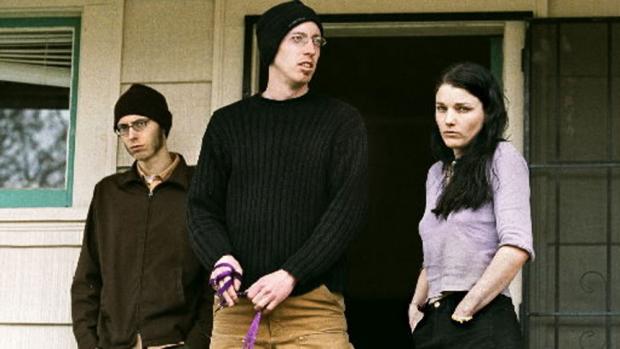 A long time ago I gifted a worn and rather worthless car to a friend. Though he intended to nurse my old hooptie back to life, he wound up abandoning it. Years later I stumbled upon the car, embalmed in bird droppings and wrapped in vines, tucked away in another friend’s backyard. Finding it was like finding a time capsule, ripe with artifacts from my prior life, reemerging like a ghost after two decades.

My reunion with my old car offers, at best, a poor analogy for what Buffalo bookstore owner Leslie James Pickering must be experiencing right now. But luckily for me, it’s the best one I can come up with. When I try to empathize with Pickering, this is all I have to work with.

Pickering just received a shipment from his prior life, by way of the FBI. A decade and a half ago, Pickering lived in Portland, Oregon. He, along with his friend, Craig Rosebraugh, operated from their house what can best be described as a not-for-profit public relations agency. Their outfit operated much like many large multinational corporate PR agencies, offering press releases and data in support of their clients’ positions and actions. The biggest difference, beyond scale and their lack of a profit motive, was in the clients they represented.

The ELF was not an organization but an ideological movement, ostensibly inspired by the Deep Ecology movement personified by Earth First! in the 1980s and 1990s. Earth First!’s mischievous tactics of direct action included “monkeywrenching” the machinery of environmental destruction, through actions such as disabling bulldozers and degrading the economic value of old growth trees by hammering large spikes into them, making it too risky and not economically viable to cut them down. The ELF, however, took these tactics to another level, exponentially raising the ante of what they termed “direct action.” People claiming the ELF banner, for example, torched a ski resort, McMansions, a condo development, and university laboratories where they believed GMO research was being conducted.

While Pickering and Rosebraugh claim to have never participated in planning or carrying out an ELF action, they were both publicly sympathetic to the movement. Their PR operation, which operated from 1997 to 2002, became known as the “ELF Press Office,” maintaining a public address where they received anonymous communiques from the arsonists and vandals behind many ELF-type actions. Pushing free speech to its legal limits, they processed this information for press dissemination, often appearing publicly to contextualize and answer questions about ELF actions, much like corporate PR people do for their clients.

During this period, as the ELF gained notoriety destroying property, the FBI declared them as the nation’s top “domestic terror” threat. They issued this designation despite fact that nobody was ever hurt in any ELF action and that more dangerous movements such as the anti-abortion and white supremacist movements were specifically targeting and killing people at that time—albeit while posing much less of a threat to corporate and development interests. 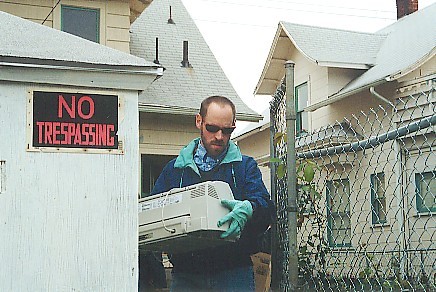 Running the press office made both Rosebraugh and Pickering prime targets for the FBI to investigate. Yet, to date, FBI investigations initiated more than 15 years ago have failed to turn up any criminal connection between Pickering and Rosebraugh and the arsonists and vandals behind the ELF actions.

In January 2000 and again in April 2001, FBI agents raided Rosebraugh and Pickering’s home, which also served as the press office. The second raid came shortly after the pair issued press releases in connection with an arson attack that burned 35 SUVs in a nearby dealership. Both times, the FBI agents seized computer equipment, journals, typewriters, photo albums, personal papers, and other assorted items. According to Pickering, the FBI provided no inventory for the 2000 seizure and only a partial inventory for the 2001 seizure. A few months later, a representative from the agency contacted Pickering and Rosebraugh, offering to return their seized property. When the pair turned up to retrieve their belongings, however, agents only offered to return a recycling bucket and its contents.

ELF actions were controversial among environmentalists who questioned the efficacy of their tactics, feared that somebody could get hurt or killed in one of their actions, and argued that these actions could be used by the government to justify further repression of non-violent direct action environmental and anti-corporate movements. While Pickering hasn’t waivered in his support of ELF tactics, he left the press office and stopped doing PR for the ELF 14 years ago, roughly one year after the second raid on his home. In 2011, he was interviewed for the Academy Award nominated documentary If a Tree Falls, which told the story of the ELF. He is still an activist today, often lecturing on environmental issues. His bookstore, Burning Books, often hosts activist speakers and films. Pickering has reinvented himself over the past 14 years as a soft-spoken family man and a business owner—whose quiet voice still speaks of revolution.

And the FBI still keeps an eye on Pickering. In the summer of 2012, the Buffalo office of the FBI allegedly started asking questions about him. In April of this year, the Eugene office of the FBI contacted Rosebraugh, telling him they were ready to return what they seized from his and Pickering’s Portland home 14 years ago. Or at least they were ready to return the portion of the seized property that they actually inventoried, which, according to Pickering, amounts to about one SUV of material, from a seizure that filled at least three government SUVs.

The email from the FBI listed an inventory of the property they were returning: Mac, Dell, “Mini-Tower” [sic.] and “Domino tower” [sic.] computers, a computer mouse, a monitor, a keyboard, a Canon printer, a Brother fax/scanner, a Umax scanner, a cell phone, and IBM, Royal, and “Underwood Five” typewriters, which Pickering claims he was using as part of a book arts project. An FBI forensic examination of these artifacts provided what the agency terms “no useful info.” 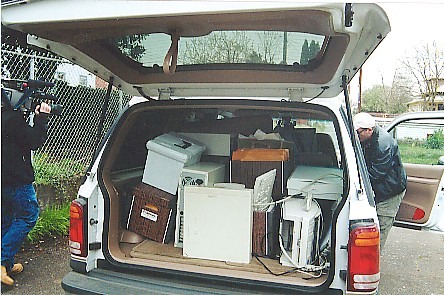 Michael Kuzma, who currently serves as Pickering’s attorney, suspects the equipment was seized “by design to cripple the press office and crush the First Amendment rights of these activists,” adding that, “The FBI is no fan of free speech.” Kuzma suspects that his client’s property was not actually being studied as evidence for the past 14 years but was “collecting dust.” The seizure, he argues, “fits in with the purpose of the FBI—historically to monitor and disrupt political organizations they deem to be subversive.” It’s being returned now, Kuzma suspects, because “Leslie’s public speaking activities, such as his recent European speaking tour, has embarrassed the FBI—an embarrassment because during his PowerPoint presentation he shows images of the agents actually seizing the equipment 14 years ago.”

Pickering argues that the FBI “seems to be this uncertain mix of extreme bureaucracy and extreme incompetency.” Hence, he explains, “I’m not really even asking myself why they would suddenly release this junk after 14 years,” adding that he’s not “tormenting” himself by “searching for any more unanswerable questions.” He does point out, however, that his property was ostensibly confiscated as part of the SUV arson investigation, yet that crime was solved almost a decade ago.

Unlike my car, which sat and rotted under birds and vegetation, we don’t quite know where these artifacts traveled over the past 14 years, who they touched, and what they had to say. What did forensic investigators think of the zeros and ones that populated the seized hard drives and painted pictures of the lives of Pickering, Rosebraugh, and their roommates? What did they learn from the computer mouse? Whose DNA coated it? What sort of detritus was left on the printer? What resins clung to the monitor?

These 14 years have not been kind to Rosebraugh and Pickering’s property, rendering all but the typewriters, which were already obsolete, as antiques. On the other hand, you could say these items have instead aged like fine wine, starting their incarceration as worn equipment but aging into historic artifacts. Put together into a collection, as the FBI agents unwittingly curated them, we can see something more than obsolete junk. Together, this curated collection gives us a tactile reminder of a political time, place, and tactic, representing both the revolutionary fervor of the ELF and the reactionary abuses of the FBI. 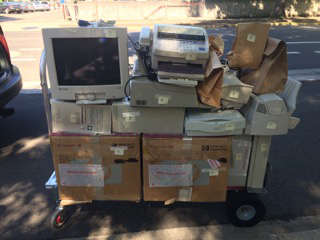 WEDNESDAY, JULY 15: A RADICAL TIME CAPSULEThe ¡Buen Vivir! Gallery at 148 Elmwood Avenue in Buffalo will host a multimedia art installation, opening on July 15 and running through July 26, featuring all of the returned artifacts in the FBI curated collection, as well as photos, documents, etc. There will be an opening reception on Wednesday July 15, 6-9pm, featuring a talk by civil rights attorney Michael Kuzma.

Michael I. Niman is a professor of journalism and critical media studies at SUNY Buffalo State. His columns are available globally through syndication and are archived at mediastudy.com.